In this article we are going to learn about Java Thread & Synchronization, basic introduction.

The theory part which is necessary for applying threading & synchronization. I will try to cover minimum information needed for understanding.

What is a Thread ?

A thread is a mini/light weight processing unit used by Run time Environment(JVM) to process which are isolated among each other.

Why it is lightweight, because, a thread can’t be independent but it is part of a process. So, technically, a thread is a single processing unit for a whole task/process.

To have clear idea, lets introduce some related terms.

So, by architecture, a thread will have 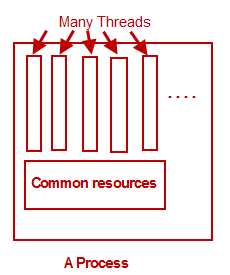 To know memory management details , you can read JVM architecture.

Note : As you know, from CPU world , there is shared CPU core technology called Hyper Threading/Hyper Transport which is core sharing technology that enables two processes running under same CPU core. Please dont confuse with this.

A thread is a implementation of runnable interface with run() method.

So, when a thread is created, it actually initiate an execution unit in JVM which actually runs the statement declared in run().

Usually, when we create a thread, we need to call start() to start the thread and start() actually calls run() safely.

Thread can wait, join, stop for other threads. 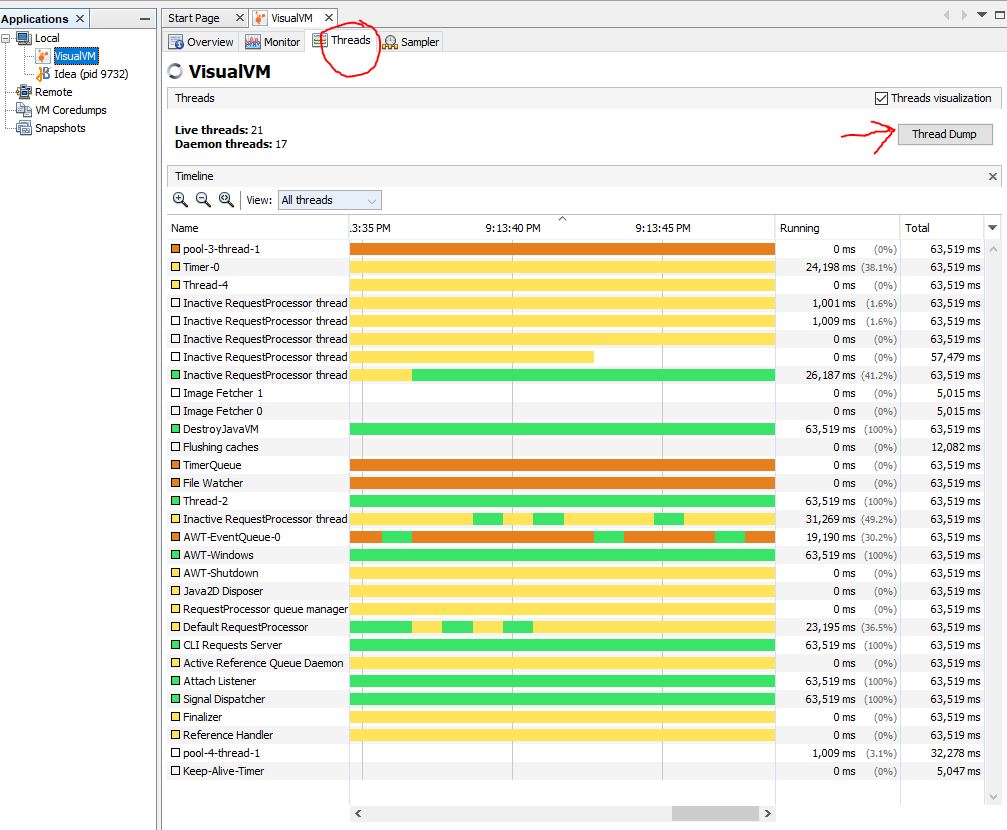 A thread generally have 4 State in its life cycle. 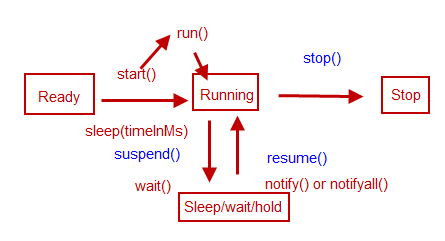 Note : Before jdk1.2, suspend() and resume() was used , but it is deprecated due to thread safety.

The thread which are use for user tasks and managed by users, they are user thread. Stopping of a thread is done by users.

The thread which are managed by JVM it self and act like as service. (example, GC). It used to be low in priority due to it’s nature. Stopping of a thread is done by JVM.

We can change thread type before creation, but we can’t change type when started.

Properties of a thread :

All of these are readonly so, only getters are available