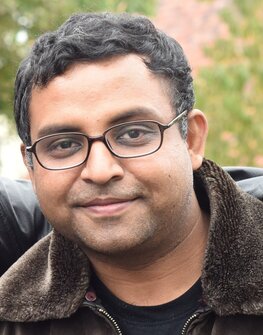 Previously he worked as a Sr. Software Development Engineer in Test(Automation & Performance) for Luxoft (On site AT&T at NJ, USA and UBS at Krakow,Poland) , Relisource, KAZ Software, BJIT. Before moving to Europe in 2014, he was founder director of Dhaka based a start-up QualitySofts . He was also Test Automation consultant in several reputed companies & Govt projects (hi-tech park,LICT, BITM, BASIS). He started his career as a Asst. Software Engineer in 2008 . Before moving to software industry , he was a Computer Teacher in Oxford International School .

This is shantonu’s personal blog .If you have any interesting problem related to R&D on new technology or Automation where you need an external opinion, you may contact him . He will try to answer on weekends. He is also available to hire for interesting work via UpWork .

If you like to setup a quick call/meeting with me, please schedule here .